One of the most vulnerable topics of discussion of late centres around the subject of food – where it comes from, how it’s delivered, how it’s prepared, who gets to it – and who doesn’t. Food, in general, is increasingly being scrutinized and is under the proverbial spotlight every day.

And the sight isn’t pretty.

Between rising grocery costs, food waste, and food insecurity that is hitting society at an alarming rate, it’s hard to get a grasp on what exactly is going on in the sustenance department.

Recent stats reveal that global food costs jumped last month and, according to Bloomberg News, marching towards record numbers: A decade-high on food costs was reached in October, and the pandemic has added to the strain.

The good news is these higher food prices are just temporary as the economy starts to recover after months of COVID-19 crisis but try telling that to those who are struggling to pay grocery bills or relying on food banks to put meals on the table.

A recent report from Food Banks Canada is warning of some dire times still to come thanks to a volatile combination of “high housing costs, pandemic job losses, rising food costs and an anticipated further pull-back on government supports,” noted a recent release, stating this is creating a “perfect storm” that has Canada’s food banks bracing for a massive wave of new clients in the months to come.

When food banks were first introduced to the public in the 1980s, the idea was to provide much-needed but short-term relief during recessionary times. Yet the role of the community food bank has grown and evolved to become a permanent fixture in today’s society. This year these numbers are going to skyrocket.

Food Banks Canada are bracing for this national increase – considered the largest increase the organization has recorded since the 2008 recession, especially as Statistics Canada is reporting that food insecurity (the inability to access sufficient quantity or variety of food due to financial issues) is affecting 20% of Canadian families right now.

The organization’s newly released HungerCount 2021 Report – a detailed survey of Canada’s 4750-plus food banks and community organizations – provides the first comprehensive look at food bank usage before and after the COVID-19 pandemic in Canada. The report identifies what is now happening as a “perfect storm” of “rising housing and food costs, combined with pandemic job losses and a social safety net that’s in need of modernization,” notes a recent media release. Everyone is bracing for the worst.

“We have a pivotal choice to make, to return to a ‘pre-pandemic’ cycle of poverty or to build a better Canada where no one goes hungry and poverty is addressed at its root causes,” said David Armour, interim CEO of Food Banks Canada, in a recent media release. “Early in the pandemic, government housing and income supports helped flatten demand at Canada’s food banks, but in recent months, visits are beginning to surge, with nearly one-in-seven food banks experiencing doubling in demand – and food bank visits soaring in Quebec, Alberta and Ontario,” he added.

What to do? We can start by looking at food waste for starters. Canada is notorious for throwing out tonnes of food each year. According to the UNEP website, the numbers are staggering, with an estimated third of all food produced – about 1.3 billion tonnes – wasted or lost each year. About 14% of food globally and as much as 40% in some markets spoils before it even reaches retailers as a result of supply chain problems. Ontario’s Second Harvest reports that over half of all food made in Canada ends up being wasted and pored into landfills. 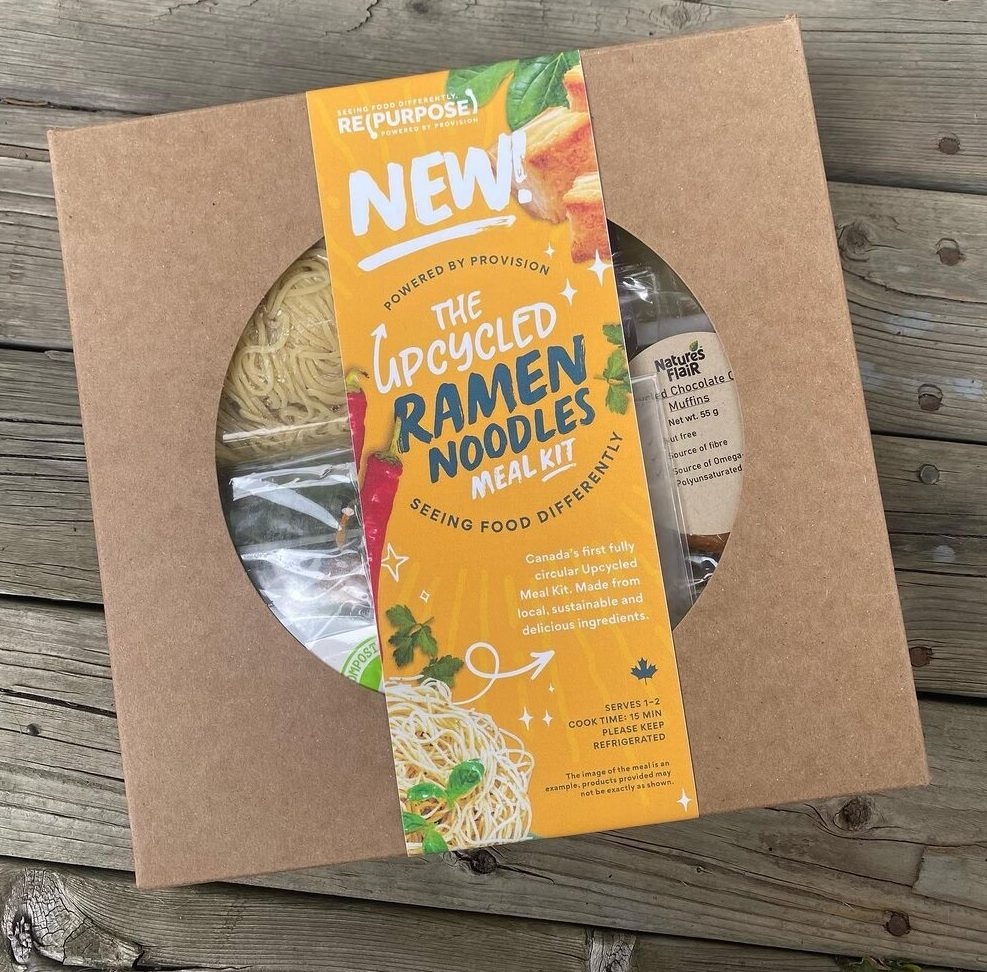 One organization that wanted to focus on the subject of food waste created a special festival to address these concerns, and Toronto’s recent Upcycled Food Fest (upcycledfoodfest.ca) turned out to be a resounding success after bringing together an unprecedented number of chefs, restaurants, food and beverage companies, nutritionists and grocery retailers for this first-ever festival that laid the groundwork for the battle against food waste in Canada.

The festival kicked off during Canada’s Waste Reduction Week last month, and showcased just how “healthy, fully sustainable and delicious meals can be when upcycled from wasted food,” said organizers in a recent media release. We’re not talking garbage – foods that perhaps aren’t the perfect shape, a little bigger, the ends of meats, etc., all good and good for you, were re-imagined into new and inventive meal kits that are available for pre-order in the GTA.

“The amount of food wasted each year is staggering, and the environmental and social impact of it is really unthinkable,” said Cher Mereweather, president and CEO of Provision Coalition Inc., one of the partners in the festival, in a recent media release. The organizers are planning to make this initiative Canada-wide.

Food insecurity should become one of the country’s top priorities – a message from all levels of government, but nothing can be done without working from the ground up: “Our experience during the pandemic, proves that good social policies have significant impact on reducing food insecurity when they truly address the causes of low incomes, unemployment, housing costs and poverty,” says Kirstin Beardsley, Food Banks Canada’s chief network services officer, in a recent release, outlining key recommendations to stem the tidal wave of increased poverty and food insecurity Canada faces in the months ahead. They include new supports for renters living with low incomes,  modernizing and expanding supports for low wage and unemployed Canadians, income supports for single adults, to name a few.

What can we all do?  Help out! Find a local shelter in need. Be mindful of what you shop for – scour the supermarket deals and only buy what you know you’re going to need. Learn the difference between an expiry date and a best-before date. And be mindful of foods you’re throwing out because you haven’t had the time to create them into a nutritious meal.

We want you to have the most accurate weather report you can.

A place for remembering loved ones.
A space for sharing memories. View more notices >